Preparing to Insure a Teen Driver

Teenagers are considered high risk to insurance underwriters because they are newly licensed, typically more likely to get into an accident, and practice less-than-safe driving habits. The biggest hit comes when the teenager is first added to the policy, and it can gradually drop each year, provided the young driver doesn't any tickets or have any accidents.

If you can, it's important to prepare your budget ahead of time for adding a teenaged driver to your car insurance policy. A typical family policy increases by 44% by adding a teenager to a one-car policy, while a two-car family will see an average cost hike of 58% and three-car families should budget for at least a 62% hike. However, in some cases, you might need be prepared for well over a 100% policy increase.

Another item to consider is whether you should get your teenager their own insurance policy or add them to your existing policy. There are pros and cons to consider. Getting a teenager their own policy can cost significantly more than adding them to your policy, because of multi-coverage discounts and the fact that teens are typically listed as a secondary driver on their parents' policy versus being the primary driver on their own policy. Even so, benefits like building credit and helping them to reduce their own insurance costs down the line may be worth it.

Unfortunately, rates and examples can vary widely so it's very important to contact your own insurance company as soon as your teenager gets a learner's permit. CarInsuranceCompanies.com indicates that the average national cost to insure a teenager is around $2,150 per year, with a general range from $1,200 to $4,850 for an annual policy. The national average is $1,700 for all drivers, regardless of age. Clearly, adding a young driver has the potential to raise your policy cost significantly. 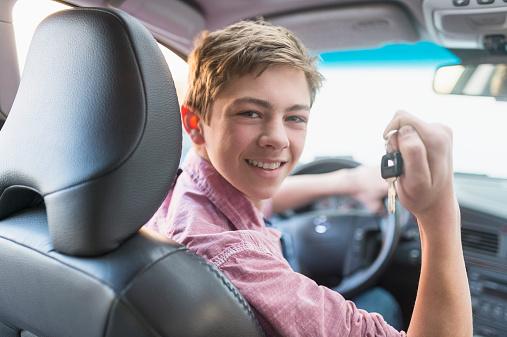 Value Penguin looked at over 200 cities and 103 companies to identify the most affordable premiums for a 17-year-old male driver. They also provide a great breakdown of each state and which carrier is the most affordable in each location. Their other criteria were driving a 2011 Toyota Camry, no prior insurance, full coverage with 50/100/50 liability limits and $500 deductible, and the primary driver being a 45-year-old married parent with no prior accidents or incidents on their record.

The cheapest options for this scenario aren't necessarily nationwide carriers.

This study revealed about a $2,600 per year average increase to add a 17-year-old teenage boy to his parents' policy, versus over $5,000 more per year for the teenager to have his own policy.

As Insurance.com points out, the cost of covering a teen driver is influenced heavily by location, as well as other factors. When comparing rates in ten zip codes in multiple states, they discovered:

Insurance.com provides a chart comparison of six different companies (GEICO, Farmers, State Farm, Progressive, Mercury, and AAA), featuring each insurer's California rate. Some companies had only slight deviations, while others had a difference of $1,000 per year or more. On average, a female will pay $3,030 per year while a male will pay just under $4,000.

Nerd Wallet compiled rates in eight of the most populous states for a family with and without a teenager behind the wheel of two popular vehicles, a 2015 Toyota Camry and a 2015 Ford Escape. Based on their research, the states that had the lowest and highest policy rate increases when adding a teen driver are:

Their research notes it's less expensive to add the teenager to your own policy versus getting them their own policy. 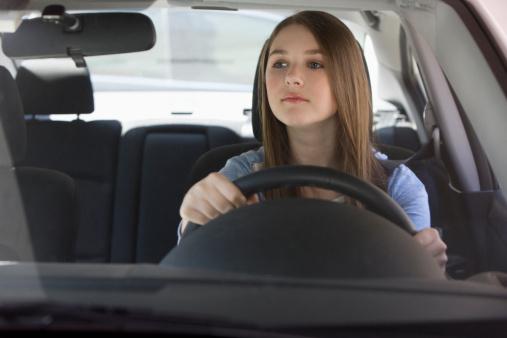 If you understand some of the factors that go into insuring a teenager and plan accordingly, you may be able to save yourself a few dollars each policy period. You can do this by choosing a different vehicle, different company, or deciding whether a separate policy is a better option. A number of factors impact the cost of adding a teenager to your auto policy. Examples include:

How to Get Potential Discounts

There are some potential ways you can get a discount and hopefully offset the huge expense. These include:

It's really important to talk to your carrier in advance, as well as taking proactive steps to keep rates as low as possible. Insuring a teenager is undoubtedly expensive, but it doesn't have to break the bank if you do your research and they do their part to help keep rates at a manageable level those first few years when rates are their highest.